The early bird catches the worm, but so did my dog...

With the recent rainfall, gardens, parks and pretty much any public space up and down the country have all turned into sensory worm infested buffets for our dogs. Whether it's grass, soil, stones or poo that your dog is partial to putting in their mouths or rolling in, behind each mouthful or stinky roll, there is a slimy, slurking lurker that's leaving a trail of potentially deadly, parasitic infections in it's wake.

Lungworm, I'm talking about you.

Lungworm isn't really something I have enjoyed researching. As a diligent dog owner, I buy Theo's worming treatment from the vets and check his poo for a few days after. I only saw worms when I rescued him from the kennels he was living in. But don't make my mistake. Sadly, it seems cases of lungworm are on the rise.

The Kennel Club describe lungworm as "an emerging disease". Whereas it has previously been concentrated in hotspots down South, it's now spreading at a fast rate considering the slow pace of the snails and slugs that carry it. I did a search of the number of cases within a 50 mile radius of my postcode, and my search returned a whopping 165 cases.

You can look into cases in your own area via this link.

So why am I talking about this now?
Well, after 4 months of being unwell, my own dog (Theo, rescue greyhound) has been diagnosed with lungworm. Before I write any more, I need to be absolutely clear, I am NOT a vet and the purpose of this post is NOT to substitute advice from a qualified veterinary surgeon. That means don't go asking me questions I don't have the answers to, and don't Google your pet's symptoms - you'll only freak yourself out. Please keep reading till the end before you make any rash phone calls or decisions.

Open Your Eyes to Lungworm

How did I know my dog had lungworm?‍

In February this year, Theo started to display signs of gastrointestinal upset (a polite way of saying he was $h!tt!ng his guts out). He became bloated too. So off to the vets we went. We ran a very expensive poop test, and I was told he had cryptosporidium (a microscopic parasitic infection) likely from when he was dumped in unsanitary rescue kennels.
So we fixed it. For a while.

Then the symptoms came back. So I spoke to my vet, swapped his food and added a probiotic.

And we fixed it. For a while.

Then the symptoms came back, complete with some intermittent spluttering and shortness of breath. So I went to the vets and we ran another very expensive poop test and a very expensive blood test, and a wee wee test, just in case. At this point, I was told he had stage 2 kidney disease.

So I made some more changes, and we fixed it for a while.

Then the symptoms came back. But this time, Theo was lethargic, depressed, barely moving, eating really slowly, had no desire to run around and was spluttering a lot. His gums were quite pale but he wasn't dehydrated. At one point, he cut the tip of his ear slightly and it bled like a severed artery. Something really wasn't right. Also his breath smelled like something had died in his throat.

So back to the vets I went. At this point, I declined their offer a gut biopsy as surely it couldn't be his food?! I had switched and swapped so many times already. Hypoallergenic, grain free, low calorie, low fat, high protein, high fat, low protein...it was exhausting and none of it was helping. He also wasn't getting a single treat upon vet's orders till we figured out what was what (you can feel sorry for him, I did!) so he had lost weight and looked pretty sickly.

Enough was enough, I took him to a specialist who felt him up, made him cough like he was on that episode of Who Wants To Be a Millionaire, and then told me he had lungworm and prescribed £150 worth of worming treatment for him.

I coughed up (see what I did there?) and nearly 3 weeks later, my wheezy, spluttery, sad-emo-boy is a bit perkier, less wheezy and spluttery. He still has his emo-like moods, but that's because he's got a whole other host of behavioural issues (more on that later).

I'd like to point out, I was working as a vet receptionist (again, this doesn't make me a vet and doesn't mean I can dish out advice, as well meaning as I may be) and I had been worming Theo with prescription wormers, including Milbemax, Drontal and Panacur. But not all of these wormers prevent against lungworm.

So what the hell had happened?

Well, no one knows for sure cause dogs are gross and you can't always have eyes in the back of your head. But the vet suspects he had eaten grass or similar that a slug/snail had crawled all over, leaving a trail of slime and expensive vet bills in it's path. Then, on a walk, Theo had likely eaten from this infested salad bar and the worms began to take hold of him.

I suppose the good/bad thing is, you can't see the worms in your dog's poo. I can't be the only one that checks for worms after a worming treatment, right?
As a diligent dog owner, I always pick up after Theo, and if I can't, I carry water with me because I'm not disgusting and I take responsibility for him. However, it does worry me that the epic tonnes of dog crap you see lying around could actually be contributing to the spread of lungworm. So, please, pick up your dog's $h!t.

The really awful thing is that 9% of dogs die from lungworm.
Left undiagnosed/untreated, it can kill a dog because it lives in their lungs and main arteries. It doesn't just go away by itself, you can't treat it with stuff from Amazon or Pets At Home. Lungworm tests are available but you need to get them from your vet.

‍
The thought that my Theo could have died from this really isn't worth thinking about - I am absolutely not a negligent owner at all. I've racked up nearly £1,000 in vet bills trying to work out what's wrong with him. When the vet said he needed £150 of worming treatment to fix him, I paid it immediately and started his treatment straightaway. Yeah I get it's expensive but nobody gets a dog to save money. Vet bills are all part and parcel of responsible dog ownership.

What can you do to prevent lungworm?

Speak to your vet. Ask them which combination of flea and worming treatment they recommend that will be the most effective against lungworm. Because guess what? There are loads and loads of strains of lungworm (unfortunately I can't find out how many, possibly too many to count?!) so in order to take proper preventative action, you might need to adjust your dog's flea treatment and worming treatment to offer the best protection. You may also need to worm more frequently - please ask your vet.

What are the symptoms of lungworm? (copied from mypetandI)

- Poor blood clotting – for example excessive bleeding from minor wounds, nose bleeds, bleeding into the eyes or paleness around the eyes and gums indicating -  possible anaemia

Dogs can show just one of these symptoms, or a combination of them, or may even show no symptoms at all in the early stages.

‍What will happen to Theo?

Tomorrow marks his 3rd week of intensive worming treatment. We are going back to the specialist on Tuesday for a follow up. I will be waiting to hear what she says and I'll let you know. Theo has been very unlucky - it shoudn't have taken 4 months to get this diagnosis! but also lucky that I kept up with his worming. If I hadn't have, I might be telling a different story.
‍

Equally, If he had been sliced open for a biopsy, he likely would have bled to death. Instead, he is rolling around on my bed, farting away and wiping dried kibble from his snoot onto my pillows. I don't care. My Theo has not had a nice life, he was used as a bet in the vile racing industry, left in some disgusting "rescue" kennels and now this.

The price we pay for pet ownership isn't counted in money. It's a lifelong responsibility, a tonne of worrying about them, but more importantly, there's a whole lotta love.
I love Theo from the bottom of my worried, panicked, relieved little heart that my boy is going to be ok.

Take me back to the blog 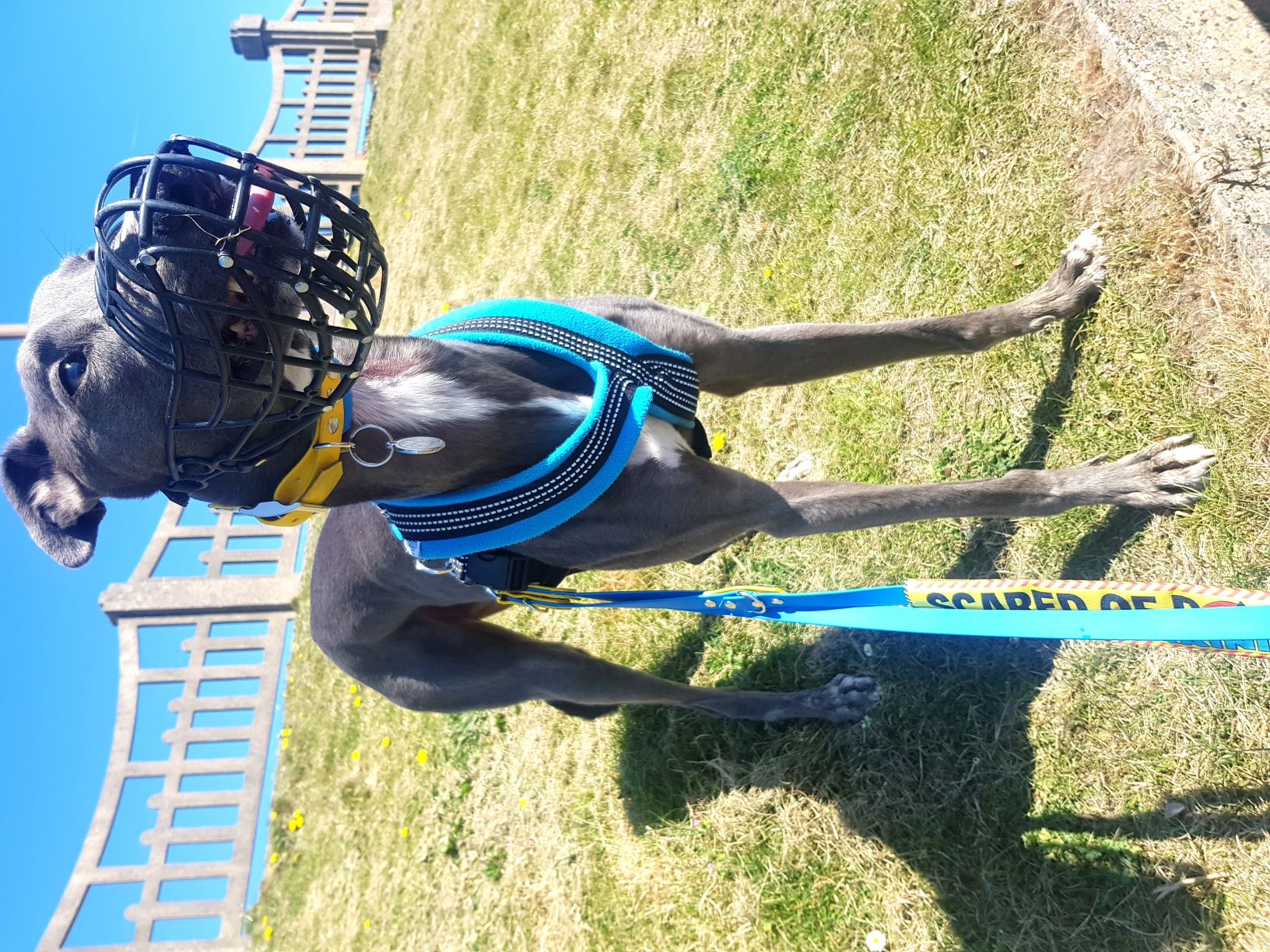 5 Ways to Enjoy Walks With Your Reactive Dog 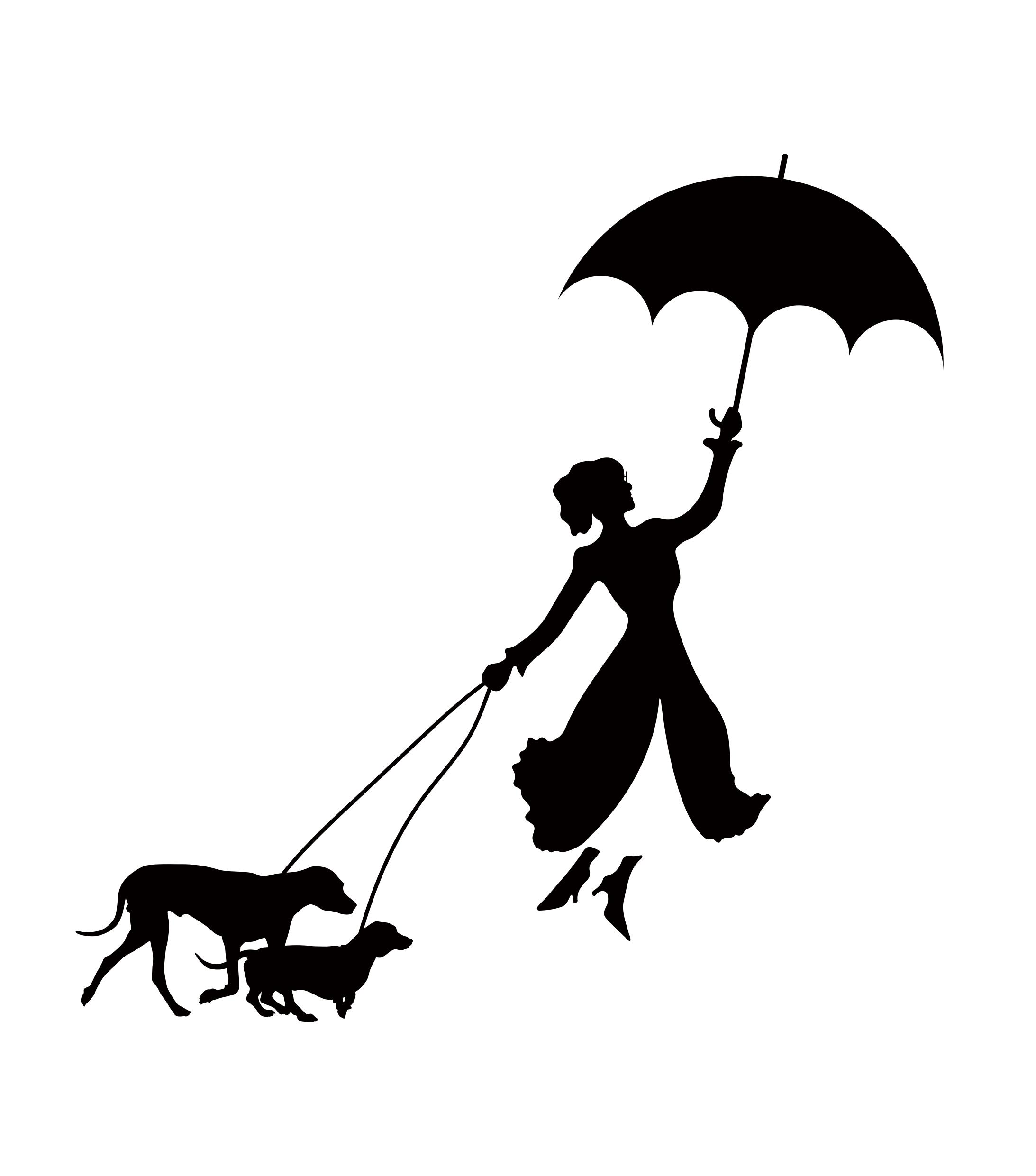 Does my Hound look big in this? 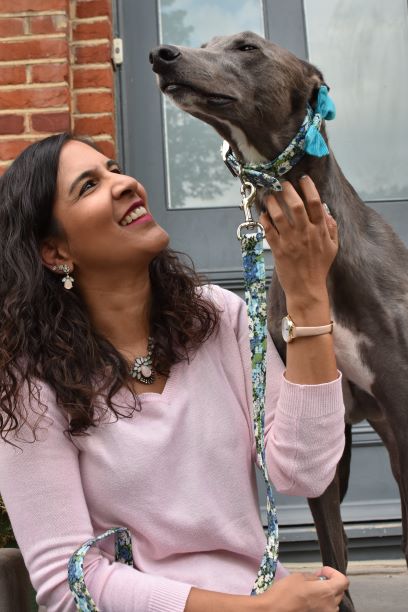 Grief Before You Go

Coping with grief before and after losing our beloved pet.